Janne Nummela - Preserve Energy Because The Struggle Is Long [mhrk256] 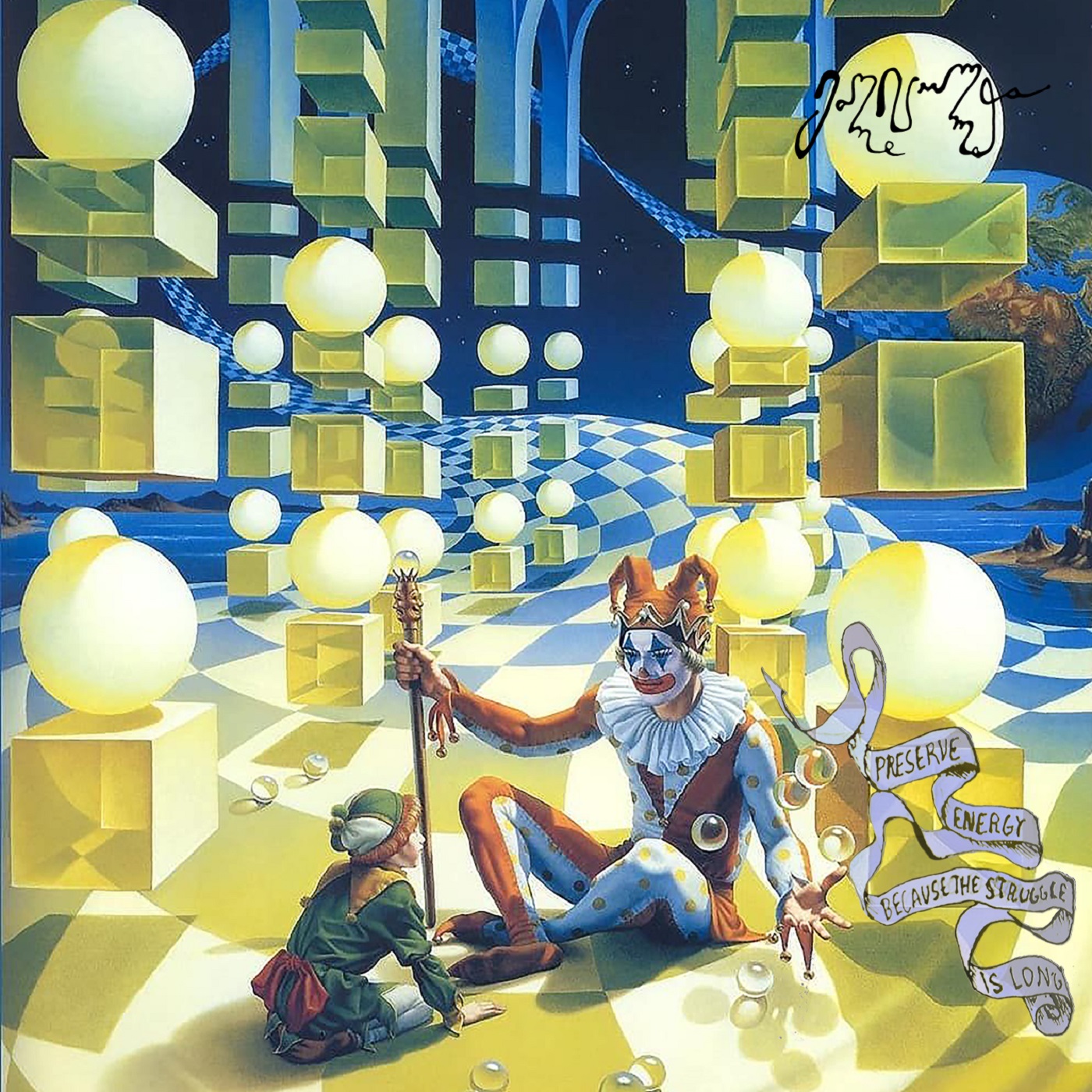 Janne Nummela - Preserve Energy Because The Struggle Is Long [mhrk256]

"There are obviously various musical directions and techniques going on in this album. A variety of sound sources and instruments are introduced. Abandoning specialization and sliding towards universality produces thriving musical diversity but also easily ends up to the dilettantism, which I have not been that much afraid of.

How many instruments I really played on this album? The answer is unambiguous. I am a guitarist, so I play guitar (on tracks 1, 2 and 10). Track 8 is played on the guitar, but the sound source is a virtual instrument violin (Embertone’s Joshua Bell violin by guitar to MIDI, no Max/MSP involved). Playing gestures of violin (sampled) and guitar (played by me) are entirely different in nature. So what is the point of playing violin by the guitar? Just to have fun.

In all compositions except tracks 9 and 11 material, form or both are outputs from constrained improvisation controlled by various controller setups. In general, it is a bit misleading to talk about playing here. It is in most of the tracks more like active listening. Auditive feedback is available in constrained real-time compositional process. On the other hand, the process comes close to free improvisation. It is not meant to challenge or replace traditional instrument playing skills. It is something entirely different.

For example, tracks 4 and 12 are parametrically predefined constrained improvisations. However, tracks 9 is made by using Csound with score without real-time processing. Track 11 is produced partly using Csound and partly transforming recorded sound material by GRM Tools Warp and Reson. Other tracks are complex hybrids involving constrained improvisation by Max/MSP, virtual instruments, synthesizers, GRM Tools and number of others techniques.

The resulting album is some kind of experimental multigenre music collage. Even after trying, the album did not fit into the genre of acousmatic music. The musical process seems to have led me to my own worlds. In stereo sound reproduction, new school acousmatic music is sound image intensive. For good quality reproduction three-way monitors are an important requirement and there is no much space for the listener to move head out from the sweet spot when rendering the studio mix by stereo monitors.

Acousmatic music rarely has any lounging beat based continuous structures. It serves poorly as background music. Acousmatic music asks for attentive listening. If the investment of attention to the listening of (my album) is rewarding or not, can be asked afterwards. However, purely aesthetic constraints, such as the custom to avoid certain types of rhythmic structures, are always momentary. They are useful for their time, sometimes five, sometimes hundred years, until some composer violates the rule in a fruitful way.

The diversity of things may seem at first chaotic in this album but there is some underlying map. One of my background goals by using my methods in the real-time process is to bypass the ego and the conscious mind in this process so that a flow of deeper level messages gets space to appear. Aim of this integration is to bring together opposites – not only on sound material level but also on different cultural scales and musical dimensions – without them losing their blade. Although the goal is a flowing state of mind, a lot of conscious labour, programming and planning is involved.

In this man-machine transformer dream some tension between the awakening part (man) and the sleeping part (machine) is obvious. These parts interact through interfaces. It has something to do with grasping the division of labour between man and machine.

What does Moore exactly mean here? It might be something to do with his concept “Theory of Opposites”. i.e. the sound transformation should produce against most obvious descriptor of the sound. Sound materials should be transformed so that the hidden acousmatic potential of it is unveiled while the original gesture that produced it likely be veiled. Something imaginal is produced.

So is this magic? Maybe. It depends on who is doing it and how it is done. Magic is the procedure where the subconscious mind is affected by manipulating (mythopoetic) images. Acousmatic reductive listening moves attention towards the absolute listening and liberates sound from the apparent gestures of the material reality.

In practice, by “magic” Moore probably means something like this: every tool has its secrets in usage and potential not immediately obvious and which require great sensibility and knowledge from the user. Sound is symbol of something. By sound, it is possible to program our subconscious mind in certain way. In fact, we cannot refuse to do so. Whenever we work on sound, we affect the mind. And not only so that we are subconsciously affected by all the sounds, we hear we consciously perceive all the sounds individually differently depending of momentary state of mind, whether altered or ordinary.

Am I aware how the elephant of the sub-consciousness will take my sounds? Well, this is under experiment. Our world is full of attempts at mind control and suggestions and I am not hurrying to be part of these industries but rather aiming at something opposite: chaomine pointing out from the centre as lines of flight. The lines of the world are the lines of escape.

In constrained real-time composition, I have sometimes the view that combining musical will and high technology could possibly create a mythopoetic language. Some sort of hierarchy appears, lying not in the area of engineering and not in musicians either, but in both. A kind of hidden hieroglyphs covered by the dust of the times. Ready for foundation and exploration waiting for the ear of the music technological archaeologist of distant futures.

What about the psychokinesis between man and computer? Moore barely had that in mind, or did he? This idea repeatedly spontaneously re-emerges to me in the practical process. Again, it is perhaps ”magic” observable in the process more than the end product for the listener. Of course, I cannot prove this synchronicity phenomenon between man and machine exists at all. However, this idea is something that inspires me and keeps me curious and going on.

Telepathic connection between man and machine could supposedly happen in a mechanism similat in nature to quantum entanglement. In magic, cosmic synchronicity is under the will power of a mage, whose aim is to program the subconscious mind through synchronisms. This affair does not necessarily have a dimension of a public performance. It happens in its deepest essence mostly in silence bypassing the whole of the conscious mind and its fantasies of total control. There is tension between “Overall Man” and “Super Man”: Whole “I” without ego (or limited ego) contra small “i” with boundless ego. Egos are programming sub-consciousness more or less randomly. An ego leads to a sub-consciousness, which is likely not programmed under deepest will.

Despite all of the background metaphysics, I suggest acousmatic reductive listening strategy for this album. Even if I cannot stop myself naming the tracks in mythopoetic-sounding ways, the custom is not meant to be a guide for a listening orientation. These compositions at their material level do not suggest a programmatic or formal listening strategy."